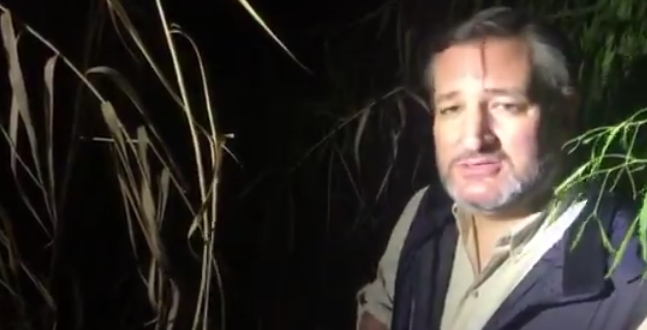 Ted Cruz Reports From The Weeds Of The Rio Grande

So this actually happened in real life:

Senator Ted Cruz joined a delegation of fellow Republican members of Congress by visiting immigration facilities at the Southern US border. The media-friendly tour is designed to bring attention to the situation at the border, and score some political hit points against President Joe Biden.

Cruz took it a step further but posting a video of himself allegedly on the banks of the Rio Grande, complete with remote light suggesting a proper camera crew. Many on the left found Cruz’s video absurd and given his past vacation plans to Cancun amid a Texan cold weather catastrophe, jokes were made.

Ted Cruz is walking around in the dark at the border with a vest on like some kind of Brooks Brothers Bear Grylls https://t.co/WLba1cfXqJ

Ted Cruz finding new ways to get to Cancun pic.twitter.com/dqqk1sCYd6