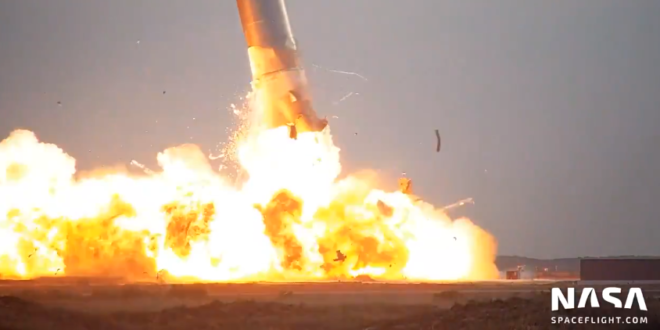 A prototype of SpaceX’s Starship spacecraft that the private rocket company is hoping to one day send to the moon and Mars successfully landed for the first time following a high-altitude flight test on Wednesday.

Several minutes later, the stainless steel rocket ship was destroyed in a fiery explosion on the landing pad. Despite the explosion, the successful landing marked a major milestone for Elon Musk’s SpaceX, as the company aims to develop a fully reusable heavy lift rocket.

SpaceX has yet to explain exactly what went wrong, but the test was celebrated by the company’s CEO. “Starship SN10 landed in one piece!” Musk tweeted. “The SpaceX team is doing great work! One day, the true measure of success will be that Starship flights are commonplace,” he said.