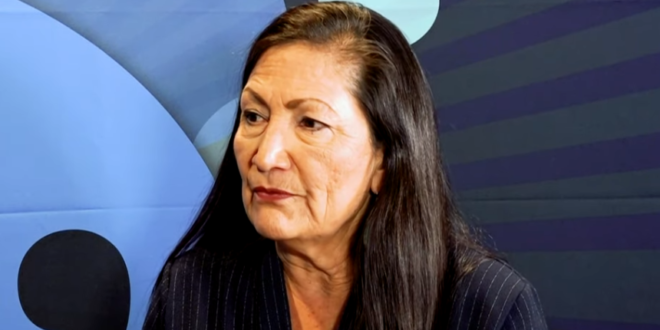 A key Senate committee on Thursday approved the nomination of New Mexico Rep. Deb Haaland to be interior secretary, clearing the way for a Senate vote that is likely to make her the first Native American to lead a Cabinet agency.

Murkowski, a former chair of the committee, said she had “some real misgivings” about Haaland, because of her support for policies that Murkowski said could impede Alaska’s reliance on oil and other fossil fuels.

BREAKING: The Senate Committee on Energy and Natural Resources has voted to move Deb Haaland’s Interior nomination to the full U.S. Senate. The vote Thursday included 11 in favor and 9 opposed. pic.twitter.com/NWgBP7E83z

New: Biden’s nomination of Deb Haaland to be Secretary of the Interior, the first Native American cabinet member, has advanced out of committee, setting up her confirmation in full Senate.