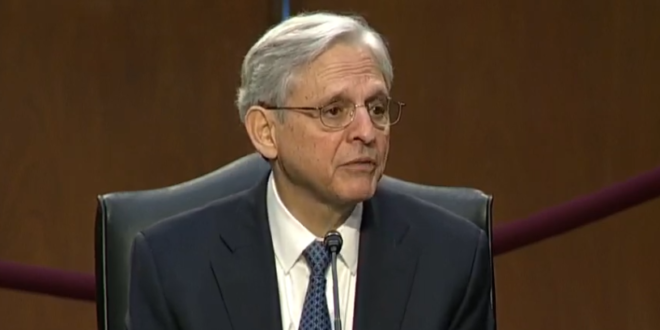 The Judiciary Committee on Monday advanced federal appeals court Judge Merrick Garland’s nomination to be attorney general to the full Senate, paving the way for his confirmation to head the Department of Justice.

The bipartisan vote was 15-7. A full Senate vote has not been scheduled but could come early this week.

Garland’s hearings before the committee last week focused on the sprawling investigation into the Jan. 6 riot at the U.S. Capitol. The largely cordial question-and-answer session indicated that the centrist former Supreme Court nominee was likely to be approved on a bipartisan basis.

Merrick Garland’s nomination approved by Senate Judiciary, with Grassley, Graham, Cornyn and Tillis voting with Democrats to advance the pick to the floor. Sasse, Lee, Hawley, Cotton, Kennedy, Cruz and Blackburn voted NO

Hawley and Cotton voted against Garland.

No surprise that accomplices to domestic terrorism would be afraid of a new AG.

Previous CDC Director: “Now Is Not The Time” To Lift Restrictions
Next VA Lawmakers Pass Ban On Gay/Trans Panic Defense