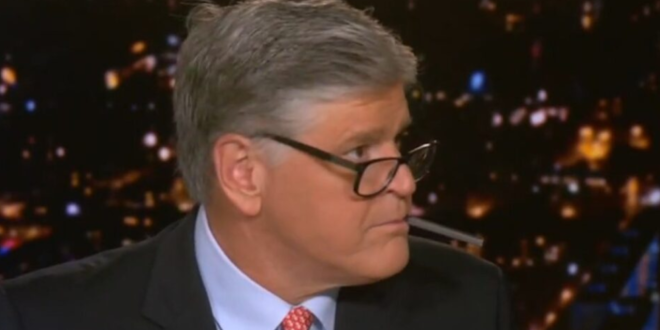 Fox host Sean Hannity got caught on air chilling and vaping a little too long on Thursday night. After the last commercial break of the show, Hannity’s graphics cued up and he appeared on screen as usual, but he apparently wasn’t ready, as he was still wearing reading glasses and had a vape pen in his mouth.

A barely audible stage whisper of “Sean! Sean!” got his attention, though, prompting him to violently snatch the vape pen out of his mouth. A quick look direct to camera was followed by a sheepish look back at his producer, whereupon he reinserted his earpiece and uttered an sharp “Uh oh!”

Sean Hannity caught vaping on air, and watch how fast he reacts when he realizes the camera is on. Smoking and vaping are not permitted in the Fox studios, but of course the rules don’t apply to him. pic.twitter.com/fcrHsJBsj8