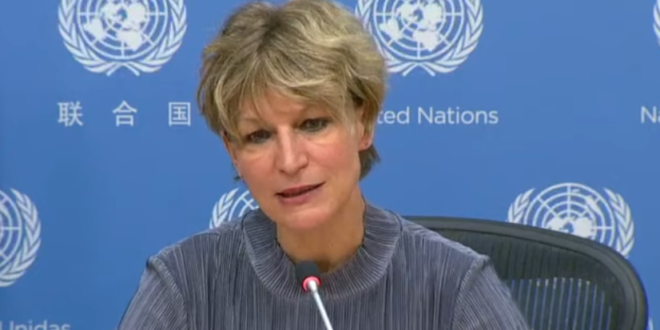 A senior Saudi official issued what was perceived to be a death threat against the independent United Nations investigator, Agnès Callamard, after her investigation into the murder of journalist Jamal Khashoggi.

In an interview with the Guardian, the outgoing special rapporteur for extrajudicial killings said that a UN colleague alerted her in January 2020 that a senior Saudi official had twice threatened in a meeting with other senior UN officials in Geneva that month to have Callamard “taken care of” if she was not reined in by the UN.

Asked how the comment was perceived by her Geneva-based colleagues, Callamard said: “A death threat. That was how it was understood.”

RSF condemns the death threat made by a Saudi official against @AgnesCallamard. We stand in full support of her superb efforts towards justice for Jamal Khashoggi. This threat must be resolutely condemned at the highest possible levels of the UN. https://t.co/23XnKNu5eo