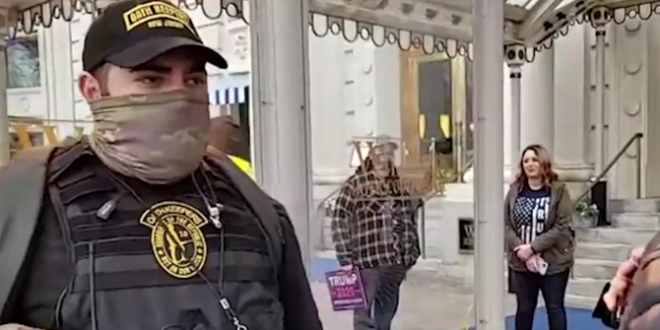 A suspected member of the Oath Keepers militia who provided security for Roger J. Stone Jr. on the day the Capitol was attacked has been arrested in connection with the riot, federal authorities said on Monday.

The man, Robert Minuta, was expected to appear on Monday afternoon in federal court in White Plains, N.Y. to face charges stemming from the siege. The documents containing the specific crimes that Mr. Minuta is said to have committed were not made public in advance of the hearing.

Last month, The New York Times and other media outlets identified Mr. Minuta, who owns a tattoo parlor in upstate New York, as one of six people with ties to the Oath Keepers who guarded Mr. Stone, a close ally and adviser to former President Donald J. Trump, on the morning of Jan. 6 or the day before.

The FBI arrested Minuta in Newburgh on Saturday, the official told ABC News. The charges have not yet been made public. In February, Minuta’s wife confirmed to ABC News that her husband had gone to the Capitol on the day of the insurrection, but said that he never went inside the Capitol building. He was “another patriot outside the Capitol Building … standing up for freedom,” she said.

Minuta pulled security for Stone on the morning of January 6th…then participated in #Capitol siege. 1/