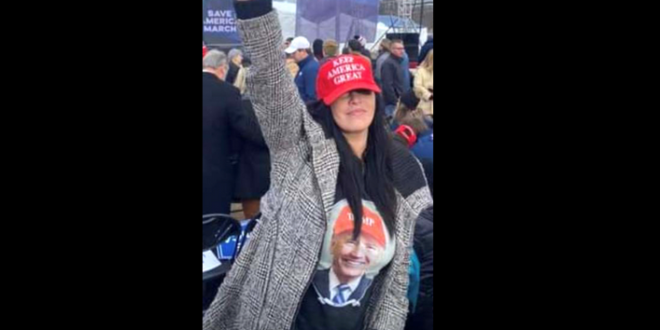 Rioter’s Father Used FB To Warn Her On Using “Clouds”

A Pennsylvania woman stormed the U.S. Capitol, blamed Antifa, said it was inappropriate for authorities to try to repel “women and children,” and otherwise took steps to wipe evidence from her electronic devices after the Jan. 6 breach, federal court documents allege.

According to a statement of facts on file in the U.S. District Court for the District of Columbia, Annie Howell of Swoyersville, near Scranton, entered the Capitol with others and trashed a conference room. She documented her activities heavily on social media both before and during the deadly siege.

On Jan. 26, the FBI believes Howell bought a new phone in an attempt to conceal evidence of her involvement with the breach. “Stay off the clouds! They are how they are screwing with us,” Howell’s father told her via a message the FBI was able to retrieve.

‘I Was Personally Tear Gassed 8 Times’: Capitol Siege Suspect Who Complained that ‘Women and Children’ Were Repelled by Cops Now Faces Chargeshttps://t.co/jivdNc47CP

Alleged Capitol rioter Annie Howell’s dad told her to “Stay off the clouds” so authorities couldn’t find incriminating info on her phone. pic.twitter.com/aVzQpmKFJh

“Stay off the clouds! They are how they are screwing with us,” the father of a woman charged in connection with the insurrection said IN A MESSAGE OVER FACEBOOK. pic.twitter.com/4DCssLiA8l