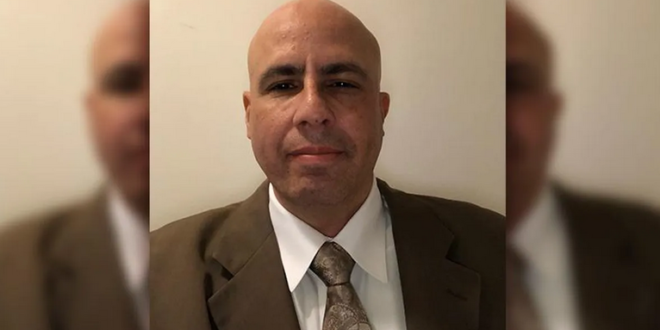 A Baltimore Police officer who sought the Republican nomination for mayor was indicted last week by the Office of the State Prosecutor for lying about being a city resident. Ivan Gonzalez was charged with perjury, falsifying voter registration and related charges after being indicted by a grand jury following an internal police department investigation.

The Sun first reported on Gonzalez’s apparent residency discrepancy in August. Gonzalez declined to comment at the time, telling a reporter, “You guys are fake news.” He declined to comment Monday as well. The Police Department said his police powers were suspended Friday.

“You guys are fake news,” a Baltimore Police officer who ran for mayor told me last year when I asked about his county residency. Now he’s been indicted by the state prosecutor for perjury and falsifying his voter registration https://t.co/oDcIkRMD1o

Baltimore mayoral candidate and cop Ivan Gonzalez said he plans to be mayor from 8-5. “After 5 p.m., I’ll grab my goddamn police-issued rifle. I’ll pair up with the commissioner who used to be a lieutenant, and I would get these guys myself. That’s how you lead from the front.”