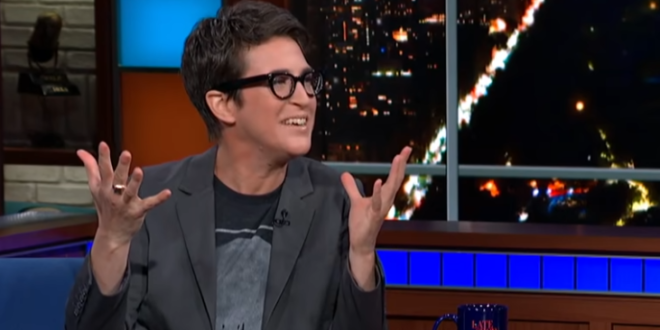 The pundit received the award for the audiobook version of her 2019 book “Blowout: Corrupted Democracy, Rogue State Russia, and the Richest, Most Destructive Industry on Earth,” which explores the impact and influence of fossil fuel companies in world governments, particularly those connected to Russia’s prime minister, Vladimir Putin.

That is exactly what it sounded like in the car when Susan and I heard. We scared the dog awake. https://t.co/Mw0TUx6Wfo

I lost a Grammy to Rachel Maddow. But as problems go, that’s a pretty good one to have.