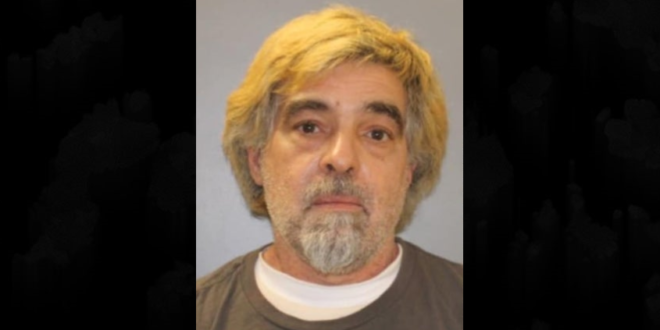 Police have made an arrest following a 15-month-long investigation into vandalism at a group of rock configurations in New Hampshire called “America’s Stonehenge.”

Mark Russo, 51, of Swedesboro, New Jersey, has been charged with one count of felony criminal mischief, accused of defacing the stone in Salem in September 2019. A lawyer entered a not guilty plea on his behalf Tuesday.

Police said the rock tablet appeared to have been damaged by a power tool. It was carved with “WWG1WGA” and “IAMMARK.” Police said the first stands for “Where We Go One, We Go All,” a motto affiliated with the QAnon conspiracy theory.

Read the full article. Wiki has an entry on the site.

Police arrested Russo after finding images of the stone and Russo online and linking to him an “iammark” Twitter account with a reference to “a few improvements” made to the site.https://t.co/kW1x0qPFjU

Mark Russo of Swedesboro, New Jersey, faces a felony charge after being accused of defacing, damaging the Salem archaeological site in 2019.https://t.co/qhNIoN3XD2