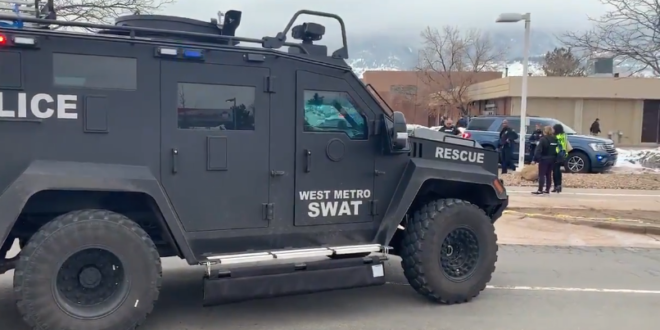 A gunman who killed 10 people at a Colorado supermarket on Monday afternoon has been identified by authorities as Ahmad Al Issa, 21. He was named by Boulder Police Chief Maris Herold during a press conference on Tuesday morning and charged with 10 counts of first-degree murder. The suspect opened fire at the crowded King Scoopers grocery store in southern Boulder as shoppers and workers ran for cover. An emotional Herold on Tuesday also named the 10 victims, whose ages ranged from 20 to 65.

BREAKING | Police have identified the suspect in the Boulder, Colo., shooting as Ahmad Alissa.

The 21-year-old is charged with 10 counts of murder in the first degree in connection with the shooting at the King Sooper supermarket, police said.https://t.co/XJ33pvJTzh

“We feel these losses in our bones.” -Boulder Mayor Sam Weaver

Boulder County District Attorney Michael Dougherty says they still don’t know why the shooter did this. They are still trying to determine a motive. #Denver7 #BoulderColorado pic.twitter.com/4xluFokH50