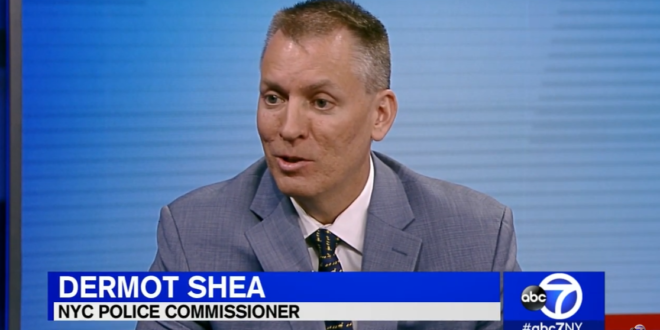 “I hope I’m missing something but it appears (the bill) is legalizing the smoking of marijuana outside,” NYPD Commissioner Dermot Shea said. “That’s not something that most other states did. They legalized marijuana but it was still illegal to smoke outside and in public.”

The NYPD fields “10s of 10s of 10s of thousands” of complaints from the public about people smoking marijuana in public, Shea said. “It’s gotten to the point where smoking a cigarette is more frowned upon than what this might turn into,” he said.

“I don’t know what we’re going to be telling New Yorkers when they call up and say… I take my kids to a parade, whether its on Eastern Parkway or on 5th Ave., and there are people smoking marijuana next to me as I try to enjoy the parade.”https://t.co/G3pAjhK4IM

New York Gov. Andrew Cuomo signed a bill allowing recreational marijuana use by adults 21 and older after the state Senate and Assembly voted to approve the legislation. https://t.co/cpLEeYQQAS