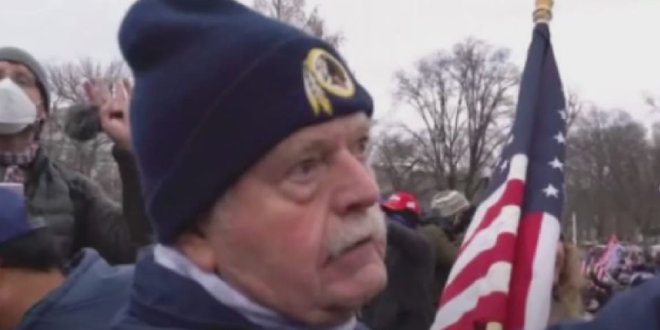 Thomas Caldwell, 65, was ordered moved from the D.C. jail to home confinement after Judge Amit Mehta said the fact that Caldwell never went into the Capitol with a so-called “stack” of other Oath Keepers rendered the government’s case against the Navy veteran somewhat weaker than that against some of the other eight defendants in the case.

Caldwell’s role in the Capitol siege gained notoriety after prosecutors unearthed private messages he exchanged with fellow Oath Keepers discussing plans to travel to Washington and participate in efforts to stop the certification of the 2020 election results.

Caldwell discussed setting up a “quick reaction force,” stocked with weaponry, outside of D.C. limits in the event Oath Keepers opted to resort to violence.

A federal judge has released a member of the paramilitary Oath Keepers group, the lead defendant in the widest ranging conspiracy case filed over the Jan. 6 insurrection https://t.co/2LQqrxNrPw

JUST IN: Prosecutors say that in a search of Oath Keeper leaer Thomas Caldwell’s home, they found a “Death LIst” that included an election official from another state. pic.twitter.com/yYOtPEwbP7