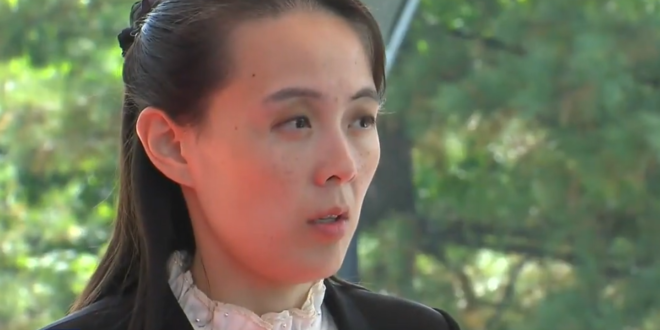 North Korea Warns Biden Admin Not To “Cause A Stink”

In North Korea’s first comments directed at the Biden administration, Kim Jong Un’s powerful sister [photo] on Tuesday warned the United States to “refrain from causing a stink” if it wants to “sleep in peace” for the next four years.

Kim Yo Jong’s statement was issued as U.S. Secretary of State Antony Blinken and Defense Secretary Lloyd Austin arrived in Asia to talk with U.S. allies Japan and South Korea about North Korea and other regional issues. They have meetings in Tokyo on Tuesday before speaking to officials in Seoul on Wednesday.

N Korea warns US not to ’cause a stink’ before Seoul meeting (from @AP) https://t.co/0wp50UOtgs