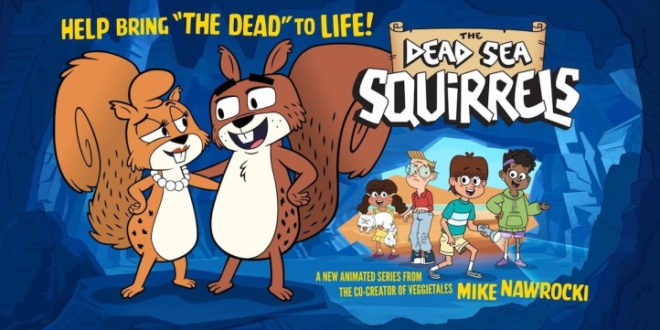 Mike Nawrocki, VeggieTales co-creator and voice of Larry the Cucumber, is teaming up with renowned Disney animator Tom Bancroft and legendary producer and artist Steve Taylor to bring to life the new animated series “The Dead Sea Squirrels” now that the team has secured potential investors.

Nawrocki said his prayer is that the stories in the new series will help kids “make a connection to the Bible and life of Jesus.” “The Dead Sea Squirrels” tells the story of Merle and Pearl, two first-century squirrels from Israel “who’ve been preserved in sea salt in a cave alongside the Dead Sea.”