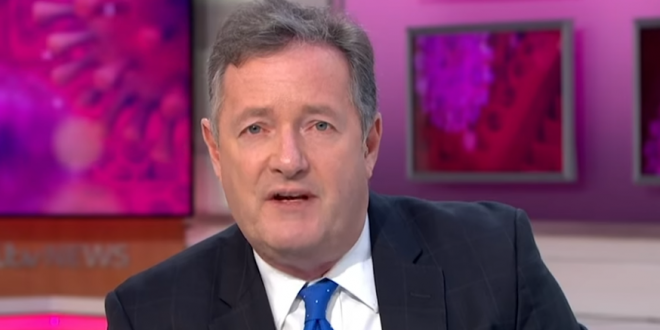 Piers Morgan is leaving ITV’s “Good Morning Britain” morning show after facing backlash for comments he made about Meghan Markle on Monday. The news comes shortly after U.K. broadcasting regulator Ofcom said it was investigating Morgan after more than 41,000 people complained.

“Following discussions with ITV, Piers Morgan has decided now is the time to leave Good Morning Britain,” the network said in a statement Tuesday. “ITV has accepted this decision and has nothing further to add.”

Just hours earlier, Morgan was called out by co-host Alex Beresford on “Good Morning Britain” for his behavior towards the Duchess of Sussex. Beresford said Morgan relentlessly criticized Meghan in recent years and cited the comments Morgan made that cast doubt on Meghan’s truthfulness when she spoke about her suicidal ideations.

Piers Morgan having a normal one, storms off the set of his own show pic.twitter.com/gsk4hPSdWu

Previous Prophet Ends Ministry After Prophesying Trump Win
Next WH: No, Biden’s Name Won’t Be On Your Relief Checks