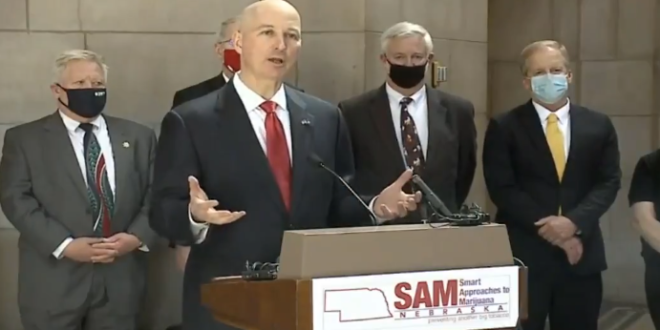 Gov. Pete Ricketts and others opposed to legalizing medical marijuana in Nebraska held a news conference in the Capitol rotunda just ahead of a Unicameral hearing on the matter.

The issue is in front of Nebraska lawmakers for a fifth consecutive year months after losing ballot approval in the 11th hour last fall following a ruling by the Nebraska Supreme Court.

“So this is a dangerous drug that will impact our kids,” the governor said. “If you legalize marijuana, you’re gonna kill your kids. That’s what the data shows from around the country.”