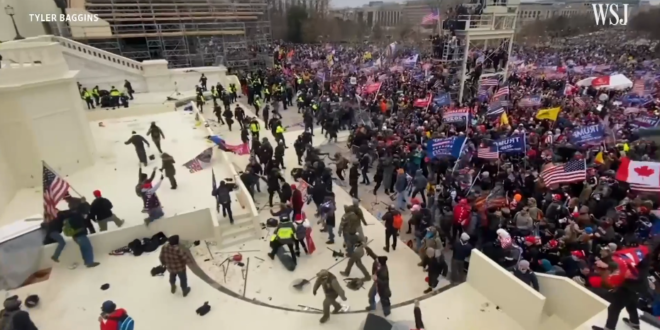 Federal authorities investigating individuals involved in the Jan. 6 riots at the U.S. Capitol received an assist from an unlikely source this week, with employees of the NBA’s Oklahoma City Thunder helping investigators identify a woman accused of entering the Capitol Complex unlawfully.

Danielle Nicole Doyle — who was previously employed by the Thunder — this week became the second Oklahoman to be arrested and charged in connection with the attempted insurrection.

The videos allegedly show Doyle claiming through a broken window to enter the Capitol building and walking down an interior staircase in the building known as the “Supreme Court Chambers stairs” while appearing to film herself with a cell phone.

WHOA: Looks like the Oklahoma City Thunder helped the feds charge a woman in US Capitol Insurrection ======> pic.twitter.com/L7jb5QH5JG