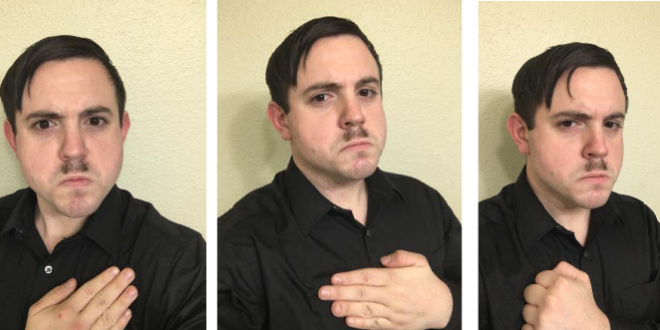 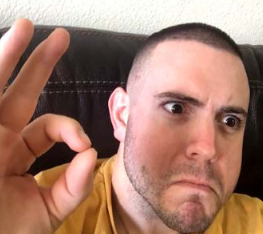 Of those interviewed, 34 agreed Hale-Cusanelli held “extremist or radical views pertaining to the Jewish people, minorities, and women.” One contractor colleague said he discussed his dislike for Jews every day. A supervisor told investigators she had to admonish him for sporting a “Hitler“ mustache (images of which prosecutors extracted from Hale-Cusanelli’s phone).

“A Navy Petty Officer stated that Defendant talked constantly about Jewish people and remembered Defendant saying ‘Hitler should have finished the job,’” according to prosecutors’ summary of the report.

Read the full article. There’s a lot there.

NEW: A Navy security contractor was arrested for rioting at the Capitol. Since then, investigators interviewed *44* of his colleagues and found he was widely known as a white supremacist, often expressed Jew hatred and even wore a Hitler mustache to work.https://t.co/wlOGSWibFi

Timothy Hale-Cusanelli, a security contractor at a NJ naval base, tried arguing this month that he definitely wasn’t a white supremacist and shouldn’t be in jail for his Capitol riot charges.
Then the FBI got hold his of his cellphone & found pics of him in a Hitler mustache etc. pic.twitter.com/q4UtWh6JbN

USG was not at all amused when accused insurrectionist Timothy Hale-Cusanelli claimed he was not a Neo-Nazi and so was safe to be released. Among other things they showed the moustache he sported to work at NWS Earle last spring. https://t.co/hOuxJX2vfm pic.twitter.com/MEynUL7EWX