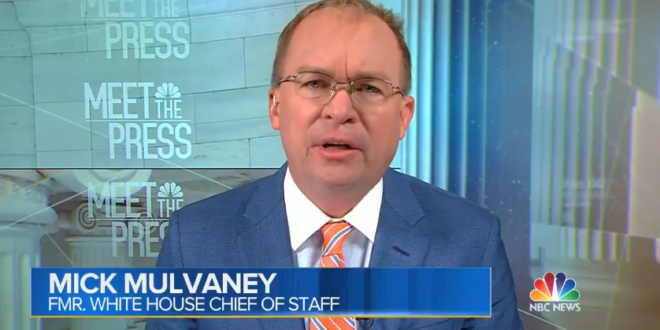 Mulvaney: Trump Lied About Riot, I’d Still Vote For Him

“But to come out and say that everyone was fine and there was no risk, that’s just manifestly false — people died, other people were severely injured.

“It’s not right to say there was no risk, I don’t know how you can say that when people were killed.” – Former Trump chief of staff Mick Mulvaney, reacting to his Glorious Leader’s latest lies.

Fmr WH Chief of Staff Mick Mulvaney criticized Trump’s claim this week that the 1/6 insurrection posed “zero threat,” telling @PamelaBrownCNN Trump’s remarks on the riot “just is manifestly false.” Yet Mulvaney also said he “absolutely would” vote for Trump if he ran again in ’24 pic.twitter.com/2sXb7HCJul