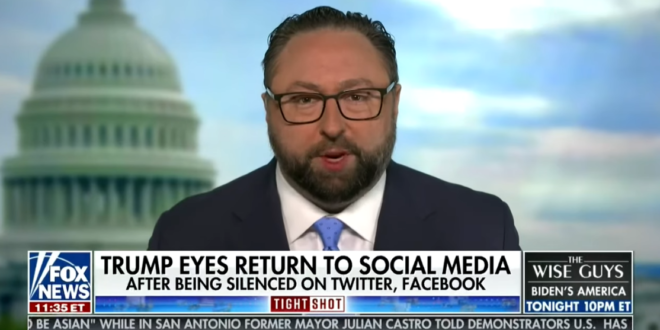 Donald Trump spokesman Jason Miller was on Fox News on Sunday trying to build hype for the former president’s big, grand return to social media — whatever form it may take. Miller first boasted about the attention Trump is getting for the statements he’s been sending out recently, before hinting that he will be returning to social media within months on “his own platform.” “This is something that I think will be the hottest ticket in social media,” he added.

Miller claimed Trump has heard from a lot of different people about these plans: “It will be big once he starts. There have been a lot of high-powered meetings he’s been having at Mar-a-Lago with some teams of folks who have been coming in, and I gotta tell you, it’s not just one company that’s approached the president, there have been numerous companies. Everyone wants him.”

Read the full article. Miller claims Trump “will bring tens of millions of followers to this new platform.”