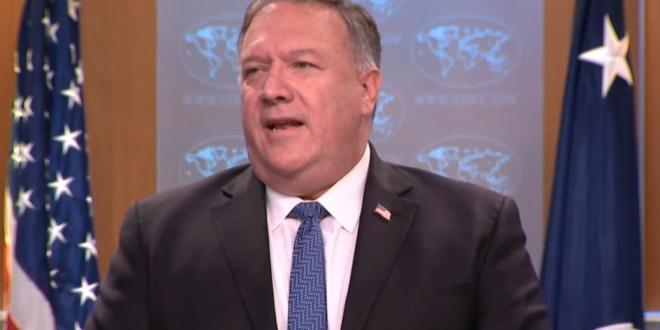 If there was ever any doubt of Mike Pompeo’s political ambitions, the former secretary of state put them to rest on Friday by becoming the first big-name Republican to meet with voters in Iowa this year and lay the groundwork for a possible presidential campaign.

Speaking near Des Moines in Urbandale, Iowa, Mr. Pompeo largely cast his remarks to the Westside Conservative Club as an effort to win a Republican majority in Congress in the 2022 midterm elections. But his breakfast speech was tinged with references to the presidential campaign in 2024 — a race that Mr. Pompeo has never denied eyeing.

As he spoke and took questions for over an hour at a breakfast hosted by the Westside Conservative Club in Urbandale, just west of the capital city of Des Moines, Pompeo said to applause that he and his wife decided that they “were going to make sure that the [Democrats’] total control of Washington, D.C. was as short-lived as humanly possible.”

It was an honor to speak with the Westside Conservative Club in Iowa this morning. So many passionate Americans who care deeply about our country. I stand with all of you in our mission to secure, protect and champion American values. Let’s get to work! pic.twitter.com/HNrCWc4kWT