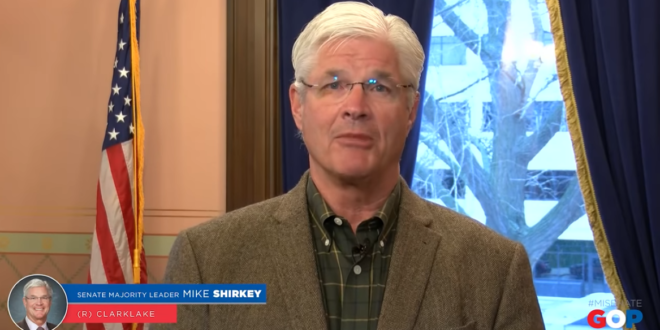 The bills introduced by Michigan Republicans on Wednesday stand as a greatest-hits list amid a nationwide effort led by Republican legislatures to restrict access to the ballot box. But the sheer number of bills introduced – 39 – eclipses states like Arizona, Georgia and Pennsylvania, where legislators have been hard at work advancing measures to change election rules.

In the months after the 2020 election, Michigan Republican lawmakers repeatedly undermined confidence in the state’s elections procedures, raised debunked claims of widespread fraud and launched investigations that have so far failed to turn up any evidence of improper voting. Republicans said Wednesday their package of bills were meant to restore the confidence they themselves had helped undermine.

AZ, GA and PA legislatures have gotten a lot of attention for introducing bills to limit voting access.

"I have a veto pen and I am ready to use that" on any bill that is going to make it harder for people to vote says @GovWhitmer when asked about recent elections package (background: https://t.co/WNx3Hpzz50)

Today, Senate Republicans in Michigan joined a coordinated, national effort to suppress the vote. It's as though they made a list of everything that helped facilitate record turnout in 2020, despite COVID-19, and resolved to roll it back. #MILeg https://t.co/LznJmfzwmV

Previous Texas AG Won’t Release Texts He Sent During DC Riot
Next Lawsuit Alleges Restaurant Fired Employee For Being Pagan: “Your Hours Are Being Cut Until You Find God”