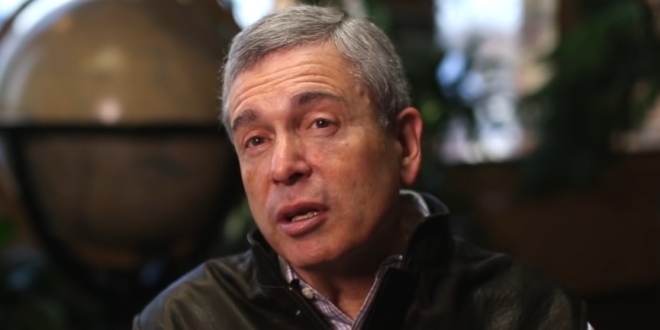 The leader of Michigan’s Republican Party referred to Gov. Gretchen Whitmer and two other top Democratic elected woman as “witches” and joked about assassination when asked how to remove two GOP congressman who voted to impeach former President Donald Trump.

Ron Weiser’s statements Thursday during a local Republican meeting, which are on video, were reported by The Detroit News on Friday.

A crowd member asked how to unseat Reps. Fred Upton and Peter Meijer. Weiser said the party was focused on defeating “three witches” — a misogynistic reference to Whitmer, state Attorney General Dana Nessel and Secretary of State Jocelyn Benson, who are up for reelection in 2022.

Someone in the crowd asked how to unseat U.S. Reps. Fred Upton of St. Joseph and Peter Meijer of Grand Rapids Township, who were among 10 House Republicans to support the impeachment of former President Donald Trump in January.

Then someone in the crowd can be heard asking about the “witches in our own party.”

“Ma’am, other than assassination, I have no other way … other than voting out. OK?” Weiser said. “You people have to go out there and support their opponents. You have to do what you need to get out the vote in those areas. That’s how you beat people.”

WATCH: @MIGOP Chairman refers to @GovWhitmer, AG @DanaNessel, and @JocelynBenson as “three witches” that need to get “taken out” at a “burning of the stake.”