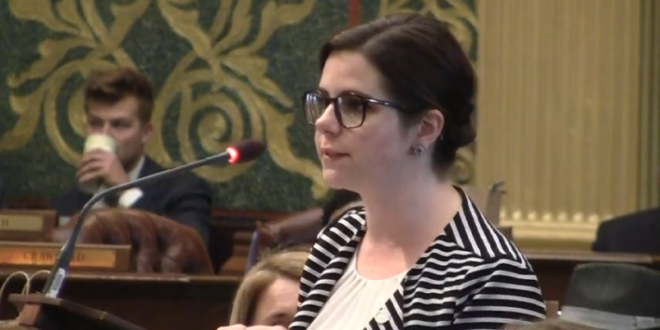 Michigan lawmakers have reintroduced legislation to expand Michigan’s civil rights law by including protections against discrimination for LGBT people.

Sponsored by Rep. Laurie Pohutsky [photo], House Bill 4297 would add sexual orientation and gender identity or expression to the list of protected classes under the Elliott-Larsen Civil Rights Act, which prohibits discrimination based on several factors when it comes to employment, housing and public accommodations.

The reintroduction is the latest step in a years-long effort to include additional protections for Michigan’s LGBT residents, a cause that’s garnered support among business leaders and advocacy groups, but historically hasn’t gained traction in the Republican-led Legislature.