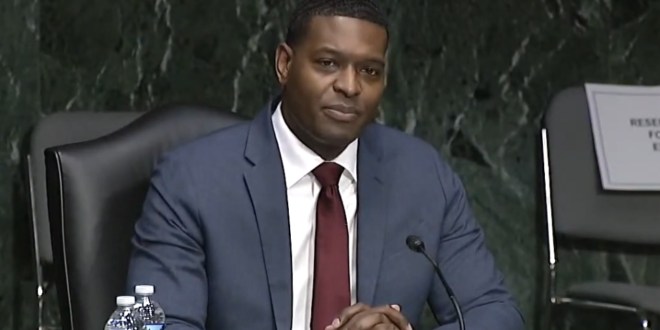 The Senate voted to confirm Michael Regan as President Joe Biden’s pick to lead the Environmental Protection Agency on Wednesday, where he’ll join an administration that has pledged aggressive action on tackling the climate crisis.

With a bipartisan confirmation vote of 66 to 34, Regan will become the first Black man to lead the EPA in the agency’s 50-year history.

Regan has been serving as the secretary of North Carolina’s Department of Environmental Quality. He previously led the Environmental Defense Fund’s efforts to combat the impacts of the climate crisis and air pollution.

The Senate confirms Michael Regan as EPA chief, where he will play a major role in Biden’s climate plans. He is the first Black man to lead the agency. https://t.co/OooNA2PeRs

Previous Robertson: Yes, Babies Can Be Possessed By Demons
Next Lifelike Cyborg To Write Book On Time In White House