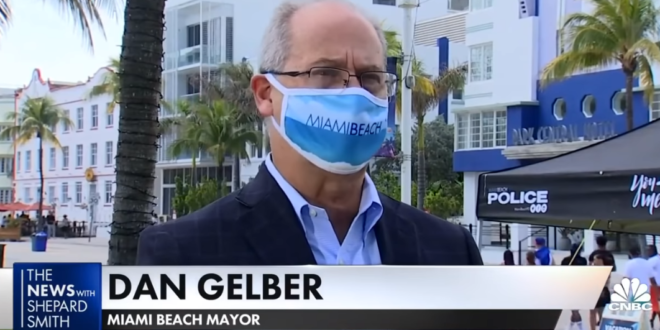 The Miami Beach City Commission has voted to extend the entertainment district curfew and causeway closures. Commissioners gathered virtually Sunday to vote on the extension of the emergency declaration issued Saturday as a response to the unruly spring break crowds on South Beach.

The nightly curfews for Ocean Drive, Collins Avenue, Washington Avenue and Espanola Way from 5 through 16 Streets last from 8 p.m. until 6 a.m. As for keeping out incoming traffic, the Julia Tuttle, Venetian MacArthur Causeway will close nightly from 10 p.m. to 5 a.m.

While residents are exempt from the causeway shutdowns, many have complained they spent three to four hours in traffic after bridges were closed during the curfew. The curfew and causeway closures will be in effect Thursdays through Sundays through April 12th.

Officials in Miami Beach on Sunday extended an emergency curfew for up to three weeks. The move came a day after South Beach descended into chaos, with the police struggling to control spring break crowds and making scores of arrests.https://t.co/7bHh67VYc9

The City of Miami Beach Updates State of Emergency Relating to the High Impact Period.

Previous STUDY: How The GOP Is Creating Religious “Nones”
Next Politico: Trump Working To Take Down GA Sec Of State