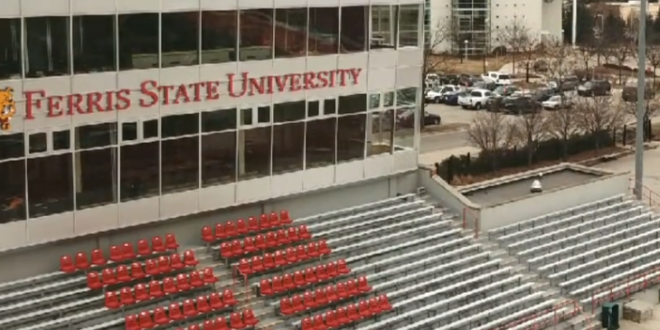 His posts included the N-word regarding Neil deGrasse Tyson, a homophobic slur, COVID-19 denial, and comments about a “Jewish mafia” and COVID-19 being a “(J)ewish revolution,” according to a report from The Torch, the university’s student newspaper.

Brennan also disrupted a Zoom meeting in August 2020, saying COVID-19 was a “leftist stunt” and the death rates were “exaggerated.”

Brennan’s Twitter feed is littered with claims that the moon landing was faked, that there’s no such thing as nuclear weapons, and that chemtrails are a thing.

From Brennan: “I believe that I am a targeted individual. I am one of thousands of Americans from all walks of life who claim to be victims of a secret program that harasses people, breaks into their homes, and uses emf along with bio, neuro, or nano-technologies to poison and torture their targets.”

I’ve been officially fired from Ferris. Here’s the defense statement that I gave to the administration on February 15, 2021, along with supporting documents. https://t.co/9rxhOrOYnFhttps://t.co/TGTCqoSAGh