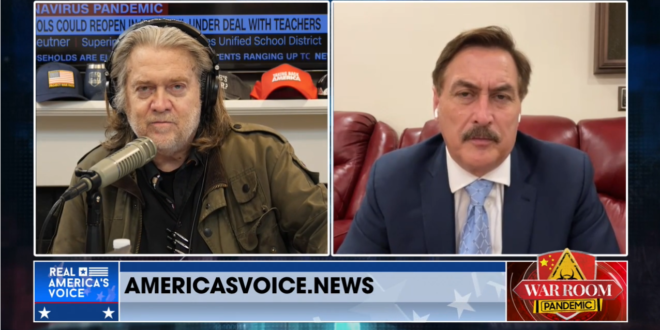 MeinPillow CEO Mike Lindell: On My Platform You’ll Be Free To Learn “Vaccines Are The Mark Of The Beast”

“I’ve got a new social media channel that’s going to be — it’s a YouTube, Twitter combined. You’ve never seen anything like it in the world. It’s unbreakable. It’s called Vocal, V-O-C-L. We’re going to be vocal. This is going to be voices, voices that are unrestricted.

“This is for freedom of speech. Everyone’s going to come over there and we are gonna just put out a stream of evidence. You’ll be able to say the words Dominion, Smartmatic, election fraud, and that vaccines are the mark of the beast.