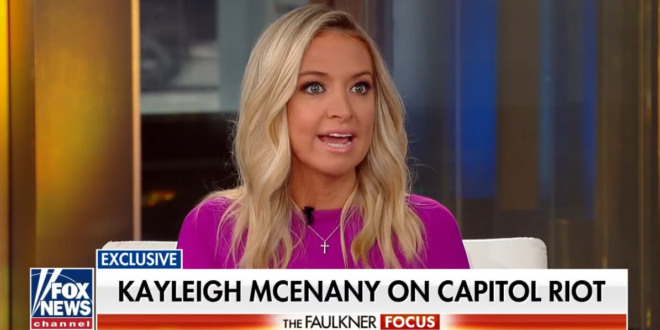 McEnany: Jesus Told Me To Defend Trump After Riot

What would Kayleigh McEnany would do? The same thing all over again. The former White House spokeswoman said Tuesday that she was moved by “Christ” to defend President Trump’s administration after his supporters stormed the Capitol.

McEnany spent her first extensive interview since leaving the White House offering an odd spiritual explanation for her controversial two-minute statement the day after the Jan. 6 riot.

“I knew I needed to go to the podium,” McEnany said on Fox News. “I knew that’s what Christ would want me to do. I knew it’s what, as a woman of faith, I needed to do.”

The former W.H. spokeswoman says she was moved by “Christ” to defend the Trump admin after his supporters stormed the Capitol.https://t.co/6uGJVwALFZ