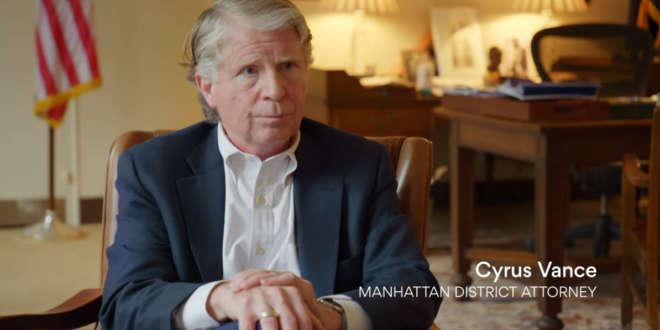 Manhattan District Attorney Cyrus Vance will not run for a fourth term and plans to leave office on Dec. 31, he told the New Yorker’s Jane Mayer in a wide-ranging interview published Friday.

It leaves one of the country’s most high-profile state prosecutors with just nine months to make a charging decision in the biggest case of his career — a criminal investigation of former President Trump and his business empire.

If the Manhattan DA’s grand jury probe does ultimately bring charges against Trump, it is unlikely that Vance would preside over the former president’s trial.

New: Manhattan District Attorney Cy Vance, who is leading a high-profile criminal investigation of Donald Trump, tells @JaneMayerNYer he will not run for re-election. https://t.co/ir6XtgyER0