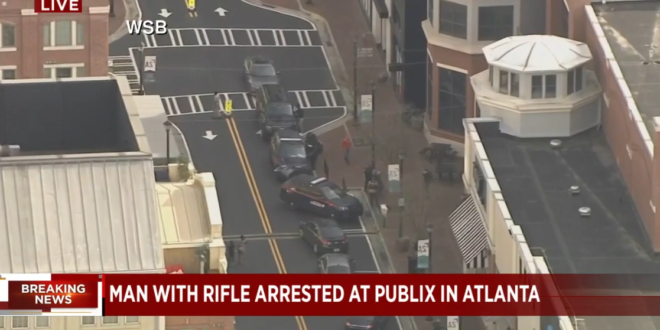 Days after 10 people were shot and killed at a grocery store in Boulder, Colorado, employees were alarmed when a man armed with multiple weapons entered the Publix in Atlantic Station on Wednesday.

Officers responded to the store at around 1:35 p.m. and met with management who said the armed man entered the store’s restroom. Responding officers found the man and immediately detained him, they said.

Officers discovered he had five firearms and body armor in his possession, police said. Two were long guns and three were pistols. Atlanta Police later said the 22-year-old man was taken into custody and charged with reckless conduct.

#BREAKING Police say they have detained a man who entered an Atlanta grocery store with five guns and body armor. Police also say they are investigating a suspicious package at the store, too.https://t.co/jD3JegdeCb #10TV