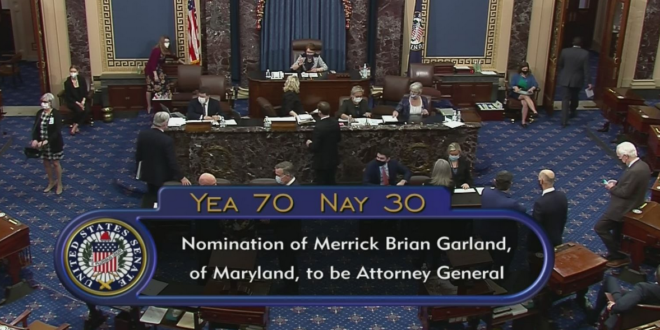 The Senate is expected to confirm Judge Merrick Garland as attorney general on Wednesday, five years after he was blocked from consideration as former President Barack Obama’s nominee to the Supreme Court.

Garland’s nomination is expected to be approved with bipartisan support. The Senate Judiciary Committee last week advanced his nomination with a vote of 15 to 7, with four Republicans joining every Democrat in supporting Garland.

Even Senate Minority Leader Mitch McConnell, who was instrumental in preventing Garland from receiving confirmation hearings in 2016, has said he will support Garland’s nomination.