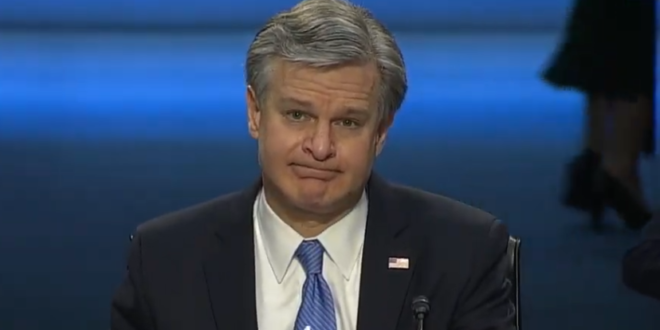 FBI Director Christopher Wray is expected to face questions from Congress on Tuesday about whether his intelligence analysts missed warning signs before the riot at the U.S. Capitol and how the bureau plans to confront the rising threat of domestic terrorism.

Wray’s appearance before the Senate Judiciary Committee will be his first public testimony since September and the first formal statement from the FBI about the status of the riot investigation, one of the most expansive in its history.

It will also be his first opportunity to discuss why the FBI did not detect in advance what it now says in court documents was extensive plotting and planning by known extremist groups that attacked the Capitol in coordinated fashion.

Read the full article. Start time is 10AM Eastern.