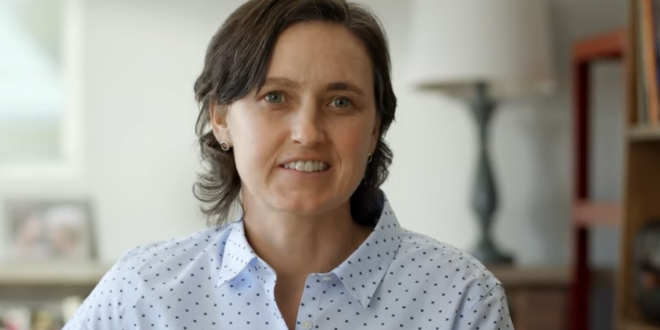 A Buncombe County commissioner who gained national prominence in the campaign to fully legalize same-sex marriage has said she will seek the congressional seat held by far-right Republican Madison Cawthorn.

The Rev. Jasmine Beach-Ferrara of Asheville announced her run March 3 for the 11th District seat, taking an immediate shot at Cawthorn and his Washington speech to supporters of former president Donald Trump directly before the Capitol storming.

“Some people will say a gay woman who’s a Christian minister just can’t get elected in the South. Not to mention, she’s a Democrat. When I say an insurrectionist who flirts with Nazis, fires up a violent crowd to attack our democracy, well he shouldn’t get reelected anywhere,” she said in a campaign video released with the announcement.

I’m Democrat Jasmine Beach-Ferrara and I’m running against Madison Cawthorn. As a gay woman, Christian minister, mom of 3, I’ve heard “you can’t” all my life. I’m ready to prove the skeptics wrong again. Please retweet and ask everyone you know to follow this account to join us. pic.twitter.com/dJroXf3bWf

Previous Ex-WH Doc Rages: “This Is A Political Hit Job” [VIDEO]
Next GOP Rep: I Pressed The Wrong Button And Didn’t Mean To Be The Only Republican Vote For An “Anti-Police Act”