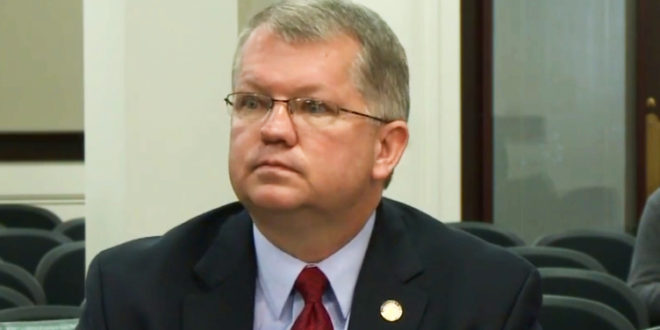 The Senate passed a bill Thursday evening to enhance penalties for crimes related to rioting after more than an hour of heated debate, including criticism that it would criminalize insulting police officers and chill protected free speech.

Sen. Danny Carroll [photo], a retired police officer, said his Senate Bill 211 would crack down on and send a message to those who “tried to destroy the city of Louisville” in the civil unrest last year.

The bill passed by a 22-11 vote, with six Republicans joining Democrats to vote ‘no.’ Sen. Gerald Neal, a Democrat who represents a majority-Black district in west Louisville, said he was insulted by Carroll’s bill, which he viewed as a direct attack on his constituents who protest for and demand racial justice.

‘How dare you’: Democrats lash out over bill criminalizing police insults, but bill passes https://t.co/fGji7AJBre