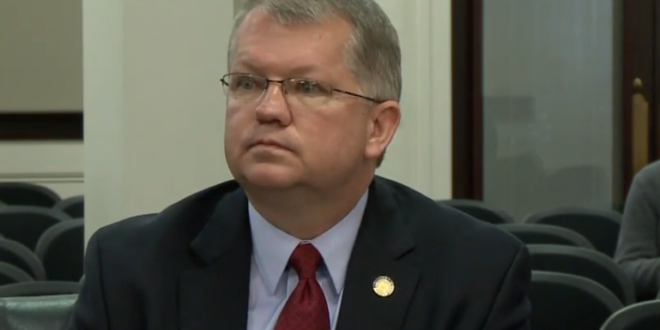 Senate Bill 211 mandates up to three months’ imprisonment for a person who “accosts, insults, taunts, or challenges a law enforcement officer with offensive or derisive words,” or makes “gestures or other physical contact that would have a direct tendency to provoke a violent response from the perspective of a reasonable and prudent person.”

A person convicted of this misdemeanor charge could also face a $250 fine and be disqualified from public assistance benefits for three months.

The bill advanced through the Senate’s Veterans, Military Affairs and Public Protection committee on Thursday in a 7-3 vote, with only Republicans supporting it. Republicans control both chambers of Kentucky’s legislature.

Kentucky bill would make it a crime to insult a police officer https://t.co/MgBIfoi8h7

#SB211 is an extreme bill to stifle dissent. It’s so extreme it would make it a crime to say “insulting” or “offensive” things to law enforcement. ACLU-KY Legal Dir. Corey Shapiro told @courierjournal that lawmakers trying to criminalize speech is, itself, “offensive.” #KYGA21 https://t.co/kwFCRAKovZ