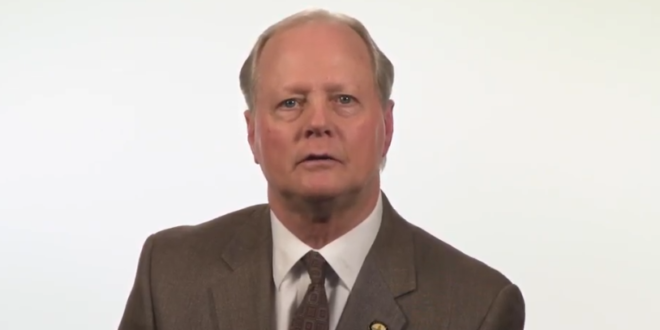 It was bad enough that Kansas Senate Majority Leader Gene Suellentrop was arrested just before 4 a.m. on Tuesday, after police stopped an SUV that they said had been speeding the wrong way on Interstate 70. But now, The Star has reported that the Kansas Highway Patrol had to attempt a “tactical vehicle intervention” to stop him. You know, like in the movies.

The SUV had been traveling eastbound in the westbound lane for at least 10 minutes, according to police dispatch audio, and even when cops tried to cut it off, it still didn’t stop.

So was a judge right to decide there was no probable cause for Suellentrop’s arrest, because there was some “pertinent information” missing from the police report? Following the rules matters, so it’s possible. And we may not know for some time, since the Kansas Highway Patrol is not releasing even that portion of the report that the public is entitled to see.

Via @KCStarOpinion: Is Kansas Republican arrested for DUI, attempting to flee getting special treatment? https://t.co/VgNzyF2DId