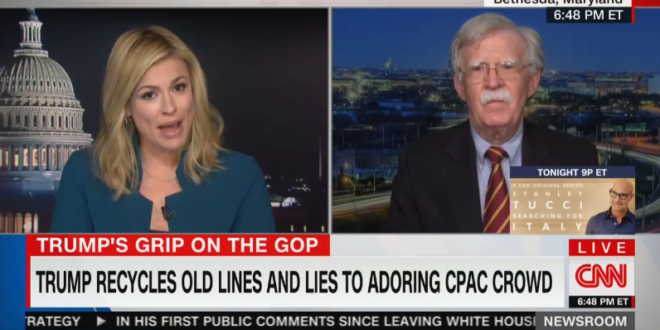 “If this is the epitome of support for Trump, the straw poll that was taken this weekend and released just before Trump spoke, showed of all the participants 55% supported Trump being re-elected as president.

“That is a pathetic figure. I would have expected 90%. So if 55%, one month after leaving office at CPAC, is the best he can do, that’s a mark of how far he has fallen already.” – John Bolton, last night on CNN.