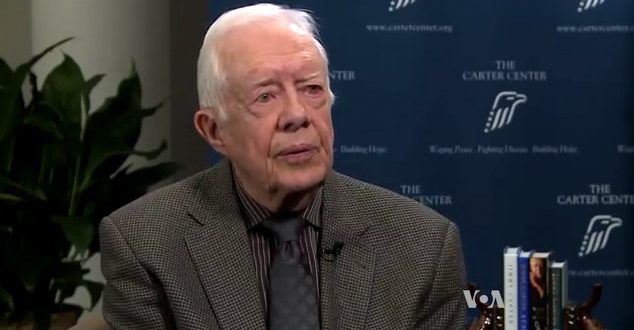 From a statement issued today by the Carter Center:

As our state legislators seek to turn back the clock through legislation that will restrict access to voting for many Georgians, I am disheartened, saddened, and angry.

I also am disappointed that advocates for these restrictive changes have repeatedly and selectively referenced a report prepared by a 2005 commission that I co-chaired with former Secretary of State James Baker.

While our report noted a few good and bad examples of vote-by-mail practices, its main recommendation was that further study of voting by mail was needed. In the 16 years since the report’s release, vote-by-mail practices have progressed significantly as new technologies have been developed.

In light of these advances, I believe that voting by mail can be conducted in a manner that ensures election integrity. This is just one of several ways to expand access to the voting process for voters across the state, regardless of political affiliation.

American democracy means every eligible person has the right to vote in an election that is fair, open, and secure. It should be flexible enough to meet the electorate’s changing needs.

As Georgians, we must protect these values. We must not lose the progress we have made. We must not promote confidence among one segment of the electorate by restricting the participation of others. Our goal always should be to increase, not decrease, voter participation.