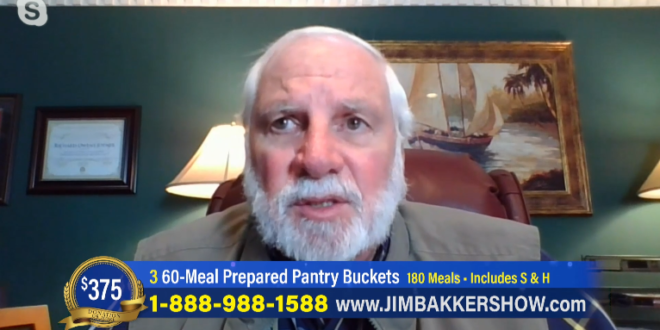 “I saw militias popping up like mushrooms all over the country. These weren’t racist militias. They weren’t evil. All they want to do was protect their communities. And the Lord showed me in this dream that he had seeded our whole country with a provision to defeat this onslaught, and the seeds that he has sown throughout our country to defeat it were the veterans of the Afghan and Iraqi wars who knew how to fight urban warfare and everything else.

“The war that is unfolding, it’s going right down to, I think, every neighborhood in every community, every city, and it will be a civil war. It’s going to be, I think, increasingly worse with the increasing time it takes for Americans to stand up and push back against this evil that has been taking over our land. We need to put out the word. People need to be prepared.” – Pastor Rick Joyner, today on Jim Bakker’s slop bucket show.