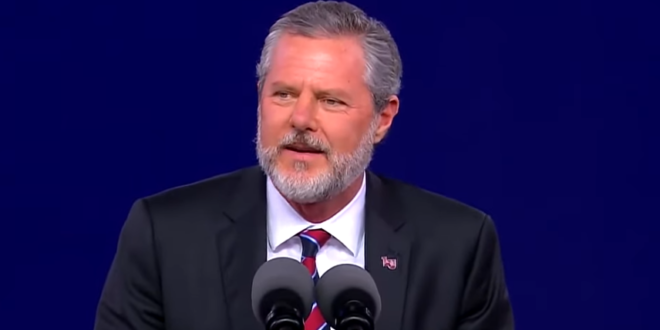 Jerry Falwell, Jr., announced on Instagram that he’s been in and out of the hospital four times over the past seven months for pulmonary emboli—blockages in the arteries of the lungs, which can be life-threatening.

The disgraced, former president of Liberty University (LU) also signaled that he plans to stay connected with Liberty, despite resigning amidst sexual and financial scandal.

“Students at LU have asked why I’ve been so ‘absent’ from LU,” Falwell wrote. “Well now you know it’s because my blood oxygen saturation has been between 77 and 92 since August (normal is 96-99). I didn’t even have the strength to go on TV to refutes lies in the press.”

Read the full article. At the link you’ll find his Instagram posts from NYU’s hospital, but his account appears to have since been removed.

Former Liberty University president Jerry Falwell explained why he has been “absent” in recent months, receiving treatment for clots in his lungs. https://t.co/beOETSJTko