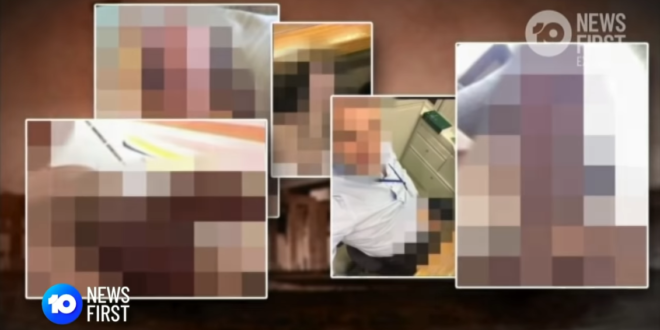 The disgusting video—obtained by The Australian newspaper and Channel Ten—led to the immediate firing of the unnamed aide, but it came alongside other images of at least four government staff members who have been swapping images of Parliament House sex acts for years.

Ten News also reported that sex workers had been brought into Parliament House to visit MPs. Prime Minister Scott Morrison said the reports and videos were “disgusting and sickening”.

The Coalition government has been facing a series of allegations about sexual assault and harassment of women, with former Liberal staffer Brittany Higgins sparking the conversation when she went public about her alleged rape by a colleague in Parliament House.

Attorney-General Christian Porter is also on mental health leave after vehemently denying claims he raped a 16-year-old girl when he was 17, at a debating competition in Sydney.

🇦🇺 Australia’s national parliament has been hit by another scandal, with reports that government staffers filmed sexual encounters in the building and brought in sex workers to see MP clients https://t.co/zh8BTOer20

Parliament House is not a brothel. I can not believe those words needed to be said. Culture starts at the top. And a fish rots from the head down. Tonight on ⁦@10NewsFirst⁩ ‘Tom’ had a suggestion of where to start to fix the culture. I say it starts with the PM. #auspol pic.twitter.com/MkMKxbzw49