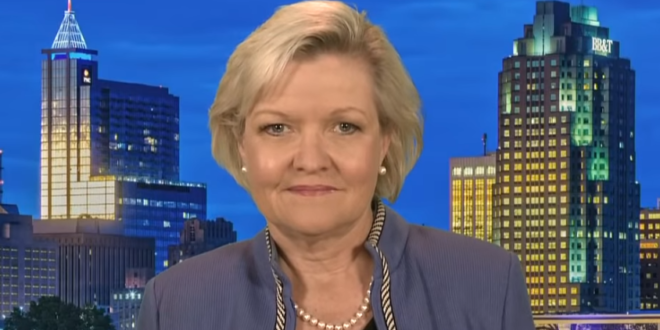 Cleta Mitchell, a longtime Republican lawyer and advocate for conservative causes, was among the Trump advisers on a January phone call in which Trump asked Georgia election officials to “find” enough votes to declare him, and not Democrat Joe Biden, the winner of the battleground state.

Now Mitchell has taken the helm of two separate efforts to push for tighter state voting laws and to fight Democratic efforts to expand access to the ballot at the federal level. She is also advising state lawmakers crafting the voting restriction proposals. And, she said Friday, she is in regular contact with Trump.

Cleta Mitchell, a longtime Republican lawyer and advocate for conservative causes, is playing a central role coordinating the Republican effort to tighten voting laws around the country. https://t.co/1c3vY10ivA

Previous Parler Users Revolt Over Site’s “Snitching” To The FBI
Next Lewandowski: Trump’s Social Media Platform Will Be “Built From Scratch” Without Support From Amazon