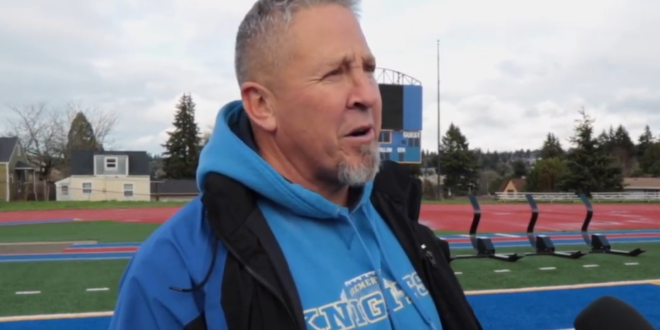 A three-judge panel of the United States Court of Appeals for the Ninth Circuit has ruled against a high school football coach who was fired from his job for praying on the field after games.

For years, high school football coach Joseph Kennedy has pursued legal action against Bremerton School District in Washington state for suspending him due to his prayer practices. Namely, this involved him praying at the 50-yard line after games, often being joined by players and sometimes giving a motivational speech.

In a unanimous opinion released Thursday, the panel said Kennedy’s practice of praying on the 50-yard line after games was a violation of the Establishment Clause of the U.S. Constitution.

From the anti-LGBT group First Liberty:

“Banning coaches from praying just because they can be seen is wrong and contradicts the Constitution,” said Mike Berry, First Liberty Institute’s General Counsel.

“Today’s opinion threatens the rights of millions of Americans who simply want to be able to freely exercise their faith without fear of losing their job. We plan to appeal, and we hope the Supreme Court will right this wrong. This fight is far from over.”

RELATED: First Liberty’s former senior counsel, Ken Klukowski, who also worked for the Family Research Council, is a Breitbart columnist and worked on Trump’s transition team. Virulently anti-LGBT former First Liberty lawyer Jeff Mateer, who spoke at an infamous “death to gays” conference, was nominated by Trump to the federal judiciary, but the nomination was later withdrawn after comments comparing same-sex marriage to bestiality (and much more) were made public.