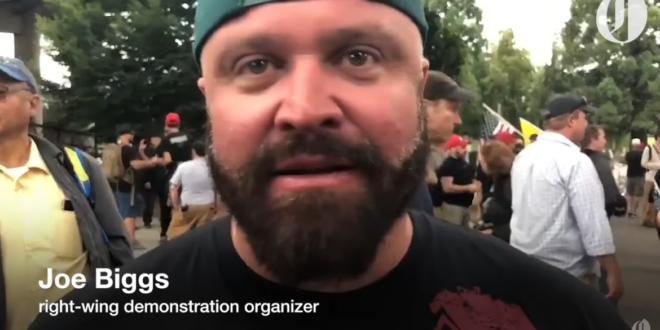 A federal grand jury charged four leaders of the far-right Proud Boys with conspiring to block Congress from certifying U.S. President Joe Biden’s election on the day of a deadly assault on the Capitol, according to court papers unsealed on Friday.

The indictment alleges that Ethan Nordean of Washington, Joseph Biggs of Florida, Zachary Rehl of Pennsylvania and Charles Donohoe of North Carolina conspired to encourage members of the group to attend the Stop the Steal protest in Washington, D.C., on Jan. 6.

All four defendants in the superseding indictment released on Friday are the leaders or organizers of Proud Boys chapters in their respective states, the indictment says.

Previous Hate Group Loses Federal Appeal After High School Coach Is Fired For Holding Prayers On Football Field
Next Kevin McCarthy: I Had COVID But I Never Knew It