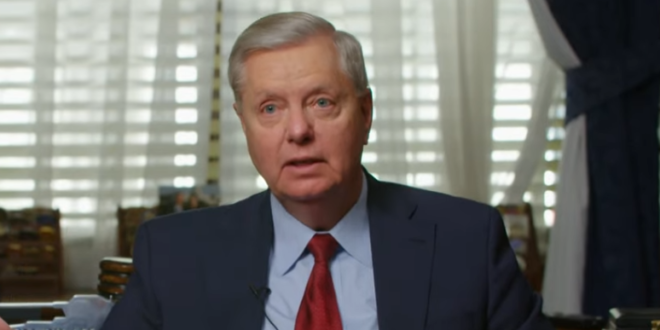 Graham: I’m Trying To “Harness The Magic” Trump Has

“Donald Trump was my friend before the riot. And I’m trying to keep a relationship with him after the riot. I still consider him a friend. What happened was a dark day in American history, and we’re going to move forward.

“I want us to continue the policies that I think will make America strong. I believe the best way for the Republican Party to do that is with Trump, not without Trump.

“To me, Donald Trump is sort of a cross between Jesse Helms, Ronald Reagan and P.T. Barnum. He could make the Republican Party something that nobody else I know can make it.

“I tell (Trump) every day that he wants to listen that I think the main reason he probably lost in Arizona is beatin’ on the dead guy called John McCain.” – Lindsey Graham, last night on Axios’s HBO show.