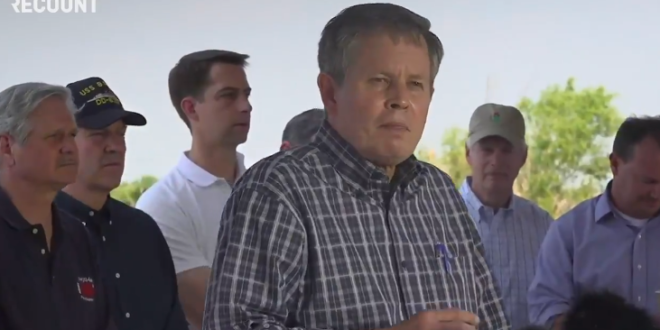 Sen. Steve Daines (R-Mont.) sounded a bit too nostalgic Friday for the days when drug users bought his state’s “homegrown” methamphetamine, before the Mexican cartels moved in. He claimed the meth trafficking was due to illegal immigration. Not everyone on the trip seemed to be buying it. Fellow Sen. Mike Lee (R-Utah) was smiling through much of Daines’s talk and appeared to glance at the ground often so his grin wasn’t quite so obvious.

Then the Mexican cartels took over, complained Daines, who still remembers the better old days. https://t.co/mheEhrRiVN

Sen. Steve Daines: “Twenty years ago in Montana, meth was homemade. It was homegrown. And you had purity levels less than 30%. Today the meth that is getting into Montana is Mexican cartel.” pic.twitter.com/Xtu1geaVxJ