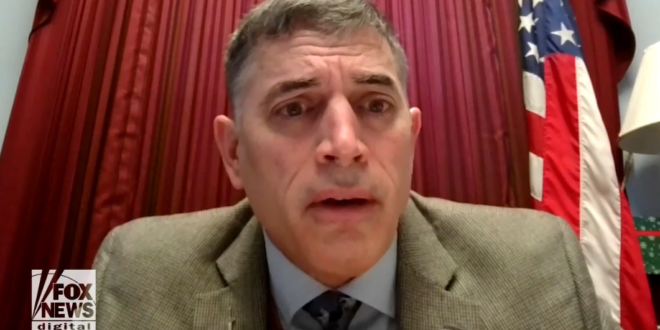 GOP Rep. Andrew Clyde said he wasn’t trying to sneak a gun into the House chamber when he bypassed new metal detectors installed at the Capitol in the wake of the Jan. 6 riot. Instead, the Second Amendment enthusiast said he was purposely skirting the new security rules to have a chance to sue House Speaker Nancy Pelosi.

“I did that so we would have legal standing to take the case to federal court, and that’s exactly what I’m going to do,” Clyde, R-Ga., told Fox News. “And I’m all teed up to do that. People have to stand for the Constitution. And if I have to get fined in order to give me a legal standing to do that then I’ll be fined.”

Read the full article. Clyde owns two gun shops in Georgia. On a related wingnut note, in 2013 he donated a 5000-square foot building to a fake abortion clinic outfit. In December, he was among the 126 GOP House members who signed an amicus brief in the case seeking to overturn the election And last week, he was among the 12 GOP House reps who voted against gold medals for Capitol police.